How does one choose what to do when one wants to be “greener”, or have a smaller environmental impact on the world? Take clothing for example. We have in popular culture “fast fashion”, trend-driven clothes and accessories made in high volume at low cost which quickly become off trend and are discarded. The fashion industry is the world’s the second largest polluter after the oil industry, in part through the use of cheap and toxic textiles as well as damaging practices along the supply and delivery chains.

Every item in our Greenbrier Shop has a story to tell, from 19th century silver coins, to handmade linen aprons and needle felted wool characters. Opin Sesame, a shadow-box mirror by Bob Hoffa, shares a story of economic change and rebirth in one of America’s least appreciated States. Opin Sesame, a quirky misspelling of the password unlocking stolen treasures, is a magic mirror marshaling the power of history to call for a new robust future for WV.

The glass labware in Opin Sesame was de-accessioned from the WV Wesleyan College Chemistry department. Bob met someone from that department at the Monterey Maple Festival in the Spring, and struck a deal to acquire a horse trailer load of the antique glass. This necessitated the re-roofing of an old shed on Alterra property to store the find, and the rusty corrugated tin backing of the shadowbox was salvaged for a new life from that discarded leaky roof. Interestingly some of the glass had been made in WV during the 1960s and 1970s at a Corning Glass plant in Parkersburg, and other WV factories in Wierton and Ellenboro. Further research into industrial glass manufacturing in WV reveals a thriving glass industry throughout the 19th and much of the 20th centuries. Advances in the technology of chemistry and the choice to create micro-reactions for cost and environmental stewardship are the reasons for the de-accessioning of the labware.

Bob constructed Opin Sesame with salvaged old growth wood, which is highly prized by woodworkers and art lovers alike for color, character and scarcity. The outer frame is White Pine from a warehouse in Marlinton, WV. repurposed from its 100+ year old original function. During the era rife with sea voyages, the White Pine was extensively felled for its high quality wood that was used to make the masts and keel of ships. Brother logs to this White Pine would have been floated to Ronceverte by the St. Lawrence Boom and Manufacturing Company. 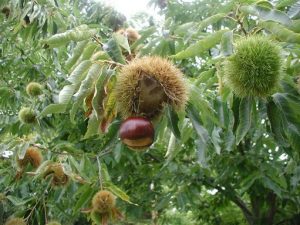 The lighter colored wood around the mirror and forming the base of the test tubes and apothecary jars is wormy Chestnut. Once a main species in the Mixed Mesophytic forest, American Chestnut is now virtually extinct due to a blight making its way to the New World in the early 20th century. Loss of the Chestnut caused devastating economic consequences for Appalachian communities dependent on the chestnut tree for food, tannin, and lumber. The ecosystem disruption reduced the squirrel population and that of cavity-nesting birds, caused the extinction of seven native moth species, and the slowed recovery of deer, Cooper’s hawk, cougar, and bobcat populations. River water quality took a hit which negatively affected aquatic invertebrate survival. Lumber loss alone would have been in the billions of today’s dollars.

Yet here we are! In the last century West Virginians have seen the loss of manufacturing and the loss of natural resources and still survive–resilient and tenacious, making do with everything at hand. “Opin Sesame!” is a call for that strength and intensity to burst forth into prosperity.

Opin Sesame has been sold, but we have other items made with glass labware.

We carry a selection of collectable coins at Alterra, from mint state Morgan silver dollars to WWII steel pennies. Many of our customers remark on coins they inherited or that were given to them as children. The internet has become a great resource to research these family collections. We have also found that this Handbook of United States Coins is an excellent companion in the pursuit of knowledge not only of the retail value of your coins, but a realistic estimate of what you can realize when you sell.

Not certain what gift to choose?

Give the Perfect Gift. Send a gift instantly in any amount you choose.

Community Note: Covid-19 We are sanitizing incoming and outgoing boxes as well as our hands between operations. We recommend following all State and Federal guidance during this unprecedented effort to manage well being during this pandemic. Dismiss